“OK, there’s a story behind this,” the rapper, Hustlang crew member, and contestant on King Of Rap, Ngô Cao Hoàng Việt, or VSoul as he’s better known, laughs as he pulls on his Santa Claus beard.

“The thing is, I was born on 24th December 1996, and so my parents nicknamed me Noël, the French word for Christmas.” This makes the Binh Thanh-raised rapper our perfect Father Christmas. And also a Christmas miracle, brought up on a tough estate without much money, who had to persuade his parents that the unpredictable ride to rap stardom was one he could achieve. And they backed him.

So VSoul is here to deliver a very special seasonal edition of our guest music mix series that lately has featured some of Vietnam’s most exciting music talent, DJs like ling:chi, artists like Minh, and Tao, These are VSoul’s ten tracks to bump during Christmas dinner. Cheers mulled wine. Gorge on turkey. And play the future of Vietnamese rap’s mix in the background.

Hustlang have been everywhere lately with the help of their new label, 70000. A slot at the Suboi-headlined HỘI ĐỒNG HỘI music festival at Hoa Lư Stadium. A takeover of 1900 Le Theater in Hanoi. A lit multi-artist rap show at Shield Club. Sneakerfest’s Trap Room party. And more…

Although VSoul is often center stage, sometimes duetting with Tuimi, another rapper and low-key but inspirational driving force, Robe, put the Hustlang crew together about one year ago. “And since then we’ve been rapping about life, our vision, our message, fashion, and the future we are aiming for…” VSoul smiles.

Their contrasting styles, VSoul’s soulful vocals, Robe’s harder edge rap bars as well as the input of the rest of the crew, even up-and-coming designer and fashion icon, Kiddie13, are major reasons for their immediate success. “Right, I took my name VSoul – V for Viet, my name, and Soul because I like the soulful musical vibe. Plus I feel like music is in my soul. And I think we all have our strengths. I describe it like this — I’m the soul man, Robe is the messenger, Chiulinh is the emotional one, and Thành Draw is the poet.”

Now you’ll find him with the Hustlang crew most days, whether there’s a show or not. “It’s a family thing,” VSoul says. He’s actually known Robe for six years. Since way before the crew formed. They bonded over music’s power to cross barriers. “I remember listening to Eminem’s ‘When I’m Gone’. I must have been 11 or 12. I didn’t understand the lyrics much, but it really touched me, and I became obsessed with listening to him and other rappers…”

Now VSoul’s coming of age, effortlessly switching from singing, to rapping, to double-time rhyming in the space of a single song. “I’d define it as melodic rap,” he says thoughtfully. “There was that era in the States with groups like Bones Thugs & Harmony with an exceptional combination of flows, lyrics and melody.” He’s gifted with that same kind of harmonious voice. “I think that was a gift. When I started to sing, it sounded like my voice already had this natural autotune on it.” You can hear it on “Ai Đang Cô Đơn” which prompts sing-alongs with audiences from Hoan Kiem to Hoa Lư. And the thing is, he’s nowhere near realizing his potential as an artist just yet. “I want to do everything, man — singing, rapping, writing, stage directing performances.”

What was the first rap you wrote, and the first performance you delivered?

Just two days after writing my first rhyme, called “Đi Flow” (because it kind of rhymed with VSoul), I was on stage rapping it to a live audience. However, I was trembling, forgetting the lines, everyone watching. At least it was a free show. Two years on me and the crew are getting paid and performing professionally.

Besides the Hustlang crew, you’ve duetted with Tuimi. Who in the world would you most like to duet with next if you could choose anyone?

A$AP Rocky. He seamlessly blends fashion, art, beats, and bars with credibility; high-end fashion and street culture. I’d say he’s my biggest inspiration. If this collaboration ever happened, I can’t even imagine how I could put my pride into words.

What do you sing in the shower?

Which song of someone else’s do you wish you wrote?

미란이’s Achoo (Feat. pH-1, HAON). I don’t know. It’s not just that there are three rappers on the track, it’s that compulsive beat. I heard it and I immediately wanted to freestyle over it. I think it would work really well in a Vietnamese style too.

And which festival in the world would you like to play at? And which other artists would you want to watch there?

The big ones — Rolling Loud, which I think is the biggest hip hop festival in the world. Coachella, Voodoo. I’ve participated in the HỘI ĐỒNG HỘI music festival, and The Thailand Hip Hop Festival. I feel the vibe. And I would love the chance to see Travis Scott and The Weeknd at any of the above.

What song would you want played at your wedding? And at your funeral?

For my wedding, Frank Sinatra’s “I Love You Baby”. Naturally I would be the one singing it to my wife. Or, maybe The Platters “Only You”, that’s the wedding commitment perfectly relayed in song form. Or, for my funeral, “What A Beautiful World” by Louis Armstrong, simply the most heart-warming song that could even cheer the crowd at my funeral.

What’s the best Christmas song of all time?

First “Cô Đơn Phương Nào” by me, VSoul. I think festive times have all these expectations about warmth and togetherness, but there can be this over-riding sense of melancholy and loneliness. This song is about being lonely. (Editor’s note: we used “Ai Đang Cô Đơn?” in the Spotify mix due to availability.)

That feeling is captured in my song. Next, Thờ er (feat. MCK) with “16 BrT RPT MCK”. The song is about a woman’s indifference to a man. The feeling is as cold as winter. And MCK is joining the Hustlang crew soon.

After that, I’m choosing “Call Out My Name” by The Weeknd. The reason I’ve chosen this song here is to follow the last track. After the indifference, the man wants to win over her love, and loudly proclaim their passion in the street.

Continuing to warm things up, the song I chose for my wedding song, is “I Love You Baby” by Frank Sinatra. We had coldness, togetherness, and now the couple are together on a cold winter night whispering sweet words beside a Christmas tree with lots of carefully wrapped gifts beneath it. Lauryn Hill’s “Can’t Take My Eyes Off Of You” is a good alternative.

Then the wine kicks in, or the mulled wine, and the dancing begins in front of the chimney to “Jingle Bell Rock” by Bobby Helm. A stone-cold Christmas classic.

After that, another artist I’ve praised already, A$AP Rocky and his “LSD (Love.Sex.Dreams)”, warmer, psychedelic vibes for Christmas. And while the high is still strong, Travis Scott’s “Highest In The Room”. And keeping the love and positivity going, two tracks from Pharrell Williams, “Happy” and “Get Lucky”. Finally then, Justin Beiber’s “I Will Show You”, one track to summarize this whole mix. Merry Christmas and enjoy…

Photos by Nghia Ngo with thanks to music label 70000, the Hustlang gang and Ngoc Suong Saigon for welcoming us to their elegant HQ for this shoot, and Van Anh Nguyen for the Vietnamese version.

Saigoneer's co-founder Alberto Prieto gives us ten tracks from Latin music to Mozart for the latest in our guest mix series.

Domestic Goddess And DJ ling:chi Shares Her Mix To Clean The House To

Ling:Chi has been blowing up the local scene with mesmerizing sets at Candi Shop, The Lighthouse, Bam Bam and beyond. While some DJs trade on their looks alone, Ling:Chi combines style with substance.

Lee Lam bounced between Paris and Saigon growing up. Then he discovered hip hop in Shanghai. Back in Saigon he's continuing his love for the genre. And so this is his Asian-hip hop infused guest mix. 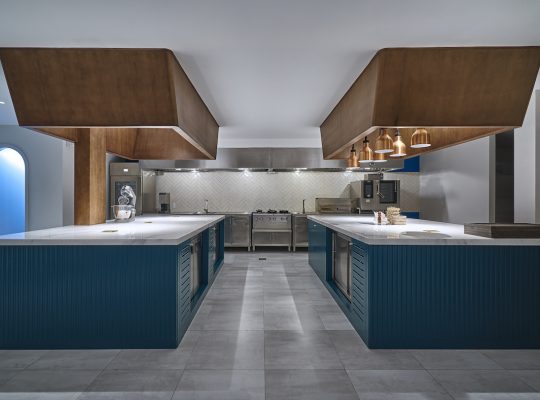 The Best New Places To Eat, Drink, And Chill In Saigon Today