Eight years after relocating to Saigon, Australian Matt Cowan set up online magazine The Bureau Asia. The publication reports on the hottest restaurants and bars in Southeast Asia, with a focus on his home city. So we figured he should know where to go in Saigon pretty well.

Before starting The Bureau Asia, Matt first connected to the country around 2000, when he backpacked from Hanoi to Saigon. “Never, ever again,” he laughs, “plus this is home now…I’m not passing through.”

Matt’s Saigon is the kind of place where people visit the same spots again and again – they know which coffee shop delivers their desired caffeine buzz, which phở stand serves noodles just the way they like them. So it takes a dedicated (and tireless) journalist to unearth the newest openings and to shine a light on established venues worth a visit. That’s why we asked Matt to give us his Saigon guide.

Soon, The Bureau Asia will launch a series of VIP experiences, like a decadent day for gents tripping between spas and bespoke barbers shops. So we met Matt Cowan at his favourite barbers, Vu Tri, to get his Saigon insights while he got a haircut. Here is Saigon in The Bureau Asia’s founder and editor’s own words.

Can you describe Saigon in a single sentence?

This city has the incredible ability to make you love it and hate it all at the same time.

Where should we go for some quiet time?

Q Spa & Salon on Ly Tu Trong Street. It’s going to cost you, but sometimes you’ll pay anything for some peace and quiet.

The rooms are inside a beautiful French colonial-era house. I recommend you try the Q Special Body Treatment for 60mins which is a light, calming massage for around VND900,000.

Where should we go for a date?

Providing your date loves meat, take them to the lesser-known Cowboy Steakhouse & Grill in District 10. They get their beef from the same suppliers as the high-end steak restaurants and five-star hotels in District 1. But obviously Cowboy’s steaks are far cheaper.

Added to that there’s an abundance of cowboy vibes, so bring your chaps! Besides dinner they have a show as well  – if you count two old guys warbling in English, Vietnamese and French as entertainment. Anyway, the food’s good enough to get you past first base.

Alternatively, take your date to Nhau Nhau. It’s intimate, romantic, plus there’s a menu full of fun and playful items to share with each other, like their Coconut Worm Shots and their Banh Xeo Tacos…

Where should we go for a party?

Start the evening off with happy hour at Bar Number 5 then take the evening as it comes. There are at least 40 bars in the area. Perhaps one bar you shouldn’t miss is Voodoo with their eclectic, some might say raunchy, signature shots!

How about an important meeting? And a more casual meeting?

I like the Caravelle’s Cafe de L’Opera. But that’s about as formal as I get. For more casual meetings, Jaspas on Dong Khoi is super easy. Park right outside (or hop out of your taxi) and take a seat with a view of the traffic along Dong Khoi.

Where can we eat the best street food?

I’ve got a thing at the moment for Ha Ton Quyen Street in District 11. There I’ve found the best sui cao and my hoanh thanh I’ve had in this city [insert drools]. It’s served out of shop fronts so I’m not sure if that constitutes ‘street food’. Nevertheless, it has a distinctly street food feel.

Could you give someone new to the city a primer to the districts?

OK, so District 1 is the centre of town where you’re most likely to stay and District 2 is becoming one of the most cosmopolitan spots in town. Over to District 3. Here’s what Saigon probably felt like back in the day – leafier and generally more laid back than District 1.

Then, District 4 is shaping as one of the hottest pieces of real estate in Saigon but is hanging in there with some authentically amazing street food. After that we have District 5. It feels like another world. “Chinatown” is a must visit when in Saigon. Then there’s District 7. I think there’s no need to visit if you’re on holidays – but I live here. Finally, Binh Thanh is an exciting, vibrant district that’s emerging as a foodie destination…

Which high-end spot is worth our money?

I really like 2 Lam Son (Martini Bar) in the Hyatt. The prices are over the top, but damn, they do everything so well that I tell myself it’s worth it.

Where would we be most surprised to find you in the city?

Where can we get the best cocktail? And what is it?

Probably the toughest question yet. I’m going to go with Layla – Eatery & Bar. I know it’s probably been mentioned already, but the proof is in the pudding. I always order something gin-based – their Gin and Tonics are deservedly famous.

Another great place I recommend is Below Whisky Den. They’re known for their whisky, but recently they beat out every other bar in the city for the best Negroni – and I should know, as I was one of the judges.

Where should we go to get a different perspective on Saigon?

It’s gotta be District 5 and Cholon. Nowhere else in Saigon has made me feel like I could be in a different city than there. The smells, the food, the people, the lifestyle.

Which newly opened place should we be most excited about?

I’m excited about your Wink Hotels opening their first venue in May! But until that opens, I’ve heard that a small team of some of the city’s most innovative bartenders have opened a place called Cocktail Merchants.

I love Lagi. It’s between Vung Tau and Mui Ne. My friend has a small property there called Lagi Farmstay. When I get sick of the city, I immediately start thinking about his place.

Tell us a Saigon secret. We promise to keep it.

There’s a place called Bun Cha Hanoi at 10 Ly Tu Trong Street right next door to Carmen Bar where you can sit under a thicket of bamboo on the footpath and eat some of the best bún chả in town. It’s easily missed as you zoom by because it’s hidden by the bamboo, but it’s there like so many great places in Saigon, right under your nose.

Five OG Saigon Chefs Tell Us About Cooking During Difficult Times, 24-Hours In The City, And Dream Dinner Guests

Pham Tien Tiep is an original. The first winner of Diageo Reserve World Class Vietnam and the creator of the pho cocktail. He knows Hanoi's bars well, so we went on a cocktail tour together.

Jay Moir and the team behind Layla Eatery & Bar give us a first look at the new craft cocktail bar, Summer Experiment.

Sean Halse, creator of one of the 100 best cocktails in the world and core member of Moonshine Academy & Consultancy gives us his side of Hanoi, the city he now calls home. 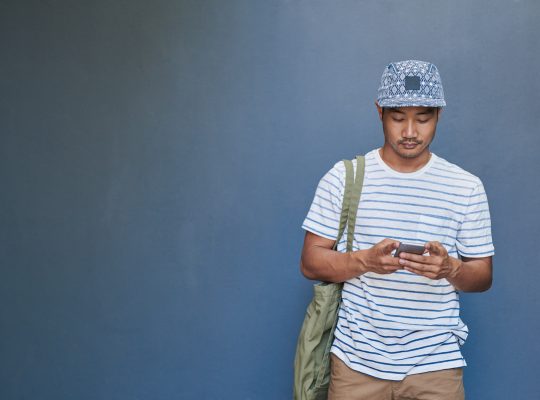 Recruiting The Wink Hotels Way: How Casting Works And How To Apply