A cocktail cart trundles over to the restaurant from Apéritif Bar pushed by a bartender with brylcreem hair and braces. He sets down a menu of Apéritif Restaurant’s pre-lunch drinks – a Nightshade Negroni, The Novelist, and an Aperitif Reviver #3 (there’s a Mockritif menu of non-alcoholic cocktails too for anyone who thinks it’s too early) – and he begins shaking up our chosen cocktails right beside the table.

“There’s an interrelationship between the bar and the restaurant inspired by our name Apéritif itself,” Executive Chef Nic Vanderbeeken explains. Having an apéritif – an appetite-sparking pre-meal drink – is a big thing in Europe, especially where he’s from in Belgium. And so they offer one here. “First, we served it over at the bar,” Nic Vanderbeeken  remembers, “but guests would often stay there too long so we decided to bring the apéritif to the table.”

In a satisfyingly circular end to the meal, the Apéritif Restaurant team usher us back over to the bar for petit fours and dessert. There, waiting, is Panji Wisrawan with his rakish mustache, bow tie and waistcoat. It’s an inspired move. You could spend hours in the timeless Apéritif Bar, dipping into the cocktail menu that’s a tribute to Ubud’s original artist community and classics that have a modern, sustainable twist. Playing a game of pool. Or quizzing Panji and team on the glistening, carefully curated bottles in one of the best stocked bars in Bali.

“Fine dining can be formal and serious, but as bartenders we wanted to add a little flair and a little fun to it,” Panji Wisrawan explains about the cocktail cart. “It helps us demonstrate the concept of the apéritif – something new in Indonesian culture – while also introducing the bar and the bar team who will take over at the very end when guests go over to the Apéritif Bar.”

Apéritif Restaurant’s Executive Chef Nic Vanderbeeken got his start as a steward at Ten Beukel restaurant, presided over by the formidable Mia Segers, who won female chef of the year in 1994. He quickly “became an expert in peeling shrimps freshly caught in the North Sea” while learning the importance of sourcing quality produce like those shrimp and other seafood.

He graduated to Michelin-star kitchens where he discovered the importance of working quickly and being organized. “We’d serve banquets for 70-150 people,” he remembers, “At a fine dining level. Things could go wrong fast.” At one point, at a gastronomy restaurant where three chefs worked together on a creative, weekly-changing menu, they served a 750-person event that took a whole week to prepare.

He worked through the era when “butter was still king” making lots of silky, creamy purees with extra butter. And then the El Bulli era of espumas, vacuum cooking, and spherification before retreating back to the warmth and conviviality of bistro cooking where there was “nothing fancy on the table – only on the plate.”

Nic opened Biggles which, thanks to his ‘bistronomie’ vision, even got a mention in the Michelin Guide. Michelin-chef’s would drop by too, he says. And some guests became such devoted regulars, they would eat there two or three times a week. “The biggest lesson is you never know everything and by being humble you learn a lot more. And learn to listen to constructive feedback while following your own philosophy,” Nic muses.

Then, after a short stop in Saigon, which was “a wake up call about produce and culture” he moved to Ubud, and Viceroy Bali, to work at their all-day dining concept, Cascades, before opening Apéritif in the same hotel after becoming seduced by magical Ubud like the people who inspired the bar menu – Walter Spiers, Margaret Mead, Vicki Baum, and Colin McPhee.

Now, at Apéritif Restaurant, he pushes everyone around him (and himself), striving to taste something new.

Nic’s counterpart across the corridor, Panji Wisrawan, recently celebrated ten years in the industry. It’s a journey that began in 2012, when he took an internship at the prestigious Bulgari Resort & Spa, Bali. There, he found his passion while following his family’s tradition of working in hospitality.

Then he worked in bars in Kuta, the rowdy, drunken soul of Bali’s original nightlife scene “serving beers and cheap, colorful cocktails” while honing his English skills. After that, he joined the Sofitel Bali Nusa Dua, before hopping aboard Viking Ocean Cruise liners and traveled the world.

But the growing realization he wasn’t fulfilling his ambitions as a bartender led him back to Bali, to its “dramatically developed bar and restaurant scene” where, excited and nervous, he joined the pre-opening team at La Palma Beach Club, near Sanur, in 2018. And then the Italian restaurant, Da Romeo, in Canggu. While he was there, he entered the Campari Bartender Competition. He won and got to travel again, this time to Milan. And shortly after he got back he joined Apéritif Bar.

The Contemporary-Global Cuisine At Apéritif Restaurant

Executive Chef Nic Vanderbeeken’s menu of contemporary-global cuisine includes lots of fine-dining finesse – two impossibly delicate leaves of potato sandwich a fish tartar; there’s a fragile cornet of filo pastry, a twist on the Belgian martino raw minced beef sandwich, and we’re still only onto the opening ‘snacks’ course of the menu. And there are lots of cleverly incorporated Asian flavors – yuzu kosho adds a slightly tart citrus tang to the fish tartar, the signature Venison Wellington comes with a rich rendang sauce that’s spooned on at the table, and the fresh Hokkaido scallop bathes in a light curry sauce with Indonesian spices.

“We worked on the Venison Wellington for months,” Executive Chef Nic Vanderbeeken nods. “We added fatty foie gras to the venison-loin wellington to avoid it becoming too dry. But then we had to surmount the challenge of making sure the foie gras didn’t melt. Then, I’d served venison in Belgium with a ‘speculoos’ sauce – speculoos is a caramelized gingerbread biscuit. The ingredients in rendang reminded me of it. In this dish, the rendang spices serve to balance the gaminess of the venison and the fat from the foie gras.”

In fact, every dish at Apéritif Restaurant, Nic Vanderbeeken says, begins with a main ingredient the same way as the Venison Wellington. Then Nic and the team play around with ways to make the key ingredient stand out. After that, they’ll look to add in something unexpected, like the rendang sauce, and work on it until it has the perfect balance of flavors.

Not to be outdone, Head Mixologist Panji Wisrawan’s menu is evocative and theatrical, and inspired by that trickle of colorful expatriates that began turning Ubud into a fledgling artist’s colony in the 1930s. There’s a bright, elegant drink inspired by anthropologist Margaret Mead with a a napkin covering it that goes up in flames, the caramelized pandan whisky-based tribute to composer Colin McPhee that’s smoked with a recycled coffee incense, and in the classics menu, the double-dose Beeswax Sazerac that’s rimmed with an aromatic local beeswax.

“People love a trick like the one we play with The Anthropologist cocktail,” Panji Wisrawan smiles. The fruity, bittersweet drink, he says, is a variation of a Hemingway Daiquiri, with a hint of Chinese moonshine, and it’s a piece of magic tissue that goes up as soon as you put a flame to it. It’s a cheeky nod to its inspiration, Margaret Mead, who was the first person to capture on film Bali’s Tari Kecak fire dance.

The Composer with its incense smoke, Panji Wisrawan adds, is a twist on the classic cocktail The Toronto – composer Colin McPhee, after all, was from Toronto. Despite the menu’s obsession with the past, the philosophy and techniques are modern and Panji and team incorporate lots of sustainable ingredients like this recycled coffee incense.

Right now, Panji Wisrawan is especially excited about the growth of the Indonesian arak industry. It’s something the menu at Apéritif Bar will feature more often. “There’s a lot of local distillers now making their own arak using technique-forward distilling methods,” Panji explains proudly. There’s Karusotju made from sweet potato (and not palm tree sap as is traditional).

“It has this clean, aromatic flavor, and reminds me a bit of shochu,” Apéritif Bar’s head mixologist adds. He’s already using it in a variation of the Martini, their Coronation #6, “for drinkers who want to feel like royalty.” The Karusotju adds some floral depth to their ice-cold rendition of the classic cocktail.

These days, Executive Chef Nic Vanderbeeken, on the other hand, is more focused on production than produce. “At the moment, we’re more interested in pushing the layers of flavor in our food,” he says. “Of course, I’m still discovering new flavors all the time, and we incorporate fresh Indonesian spices, but we’ll import some produce if it helps us to ensure the quality…except for fish. Fresh local fish is always the best,” he smiles. Ten Beukel’s Mia Segers would be proud.

But that’s one thing we didn’t get around to discussing. We’re still wondering about Panji Wisrawan’s mustache. That, he says, came about during the pandemic. “During that time, I wasn’t only helping to shape the bar program,” he laughs, “I was also shaping my mustache!”

Your Insider’s Guide To A Day At Blush Beach Danang

Tê Tê’s Four Founders Take Us Inside Their Saigon TapHouse

The Tê Tê team encourage us to get weird and wacky inside their new venue, a taphouse on Saigon's Nguyen Van Thu.

aNhill Boutique Is An Inclusive Design-Conscious Haven In Hue

aNhill Boutique hotel in Hue is a stylish, design-conscious retreat. And the perfect base to explore ancient Hue's charms. Plus, Tien Nguyen has instilled the place with an inclusive philosophy. Discover.

At Mason Bali Chef Ben Cross has created an artisanal spot that's cool and that has a vibe. So, we spoke to Ben about the story behind the success of Mason Bali. 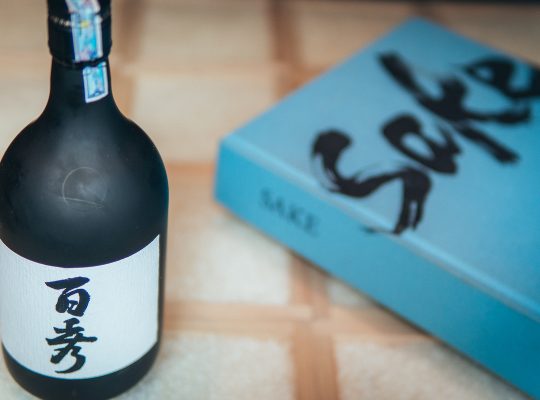