Sol Kitchen & Bar is a surprise. The second you enter passing flickering candles you’re greeted by warm lighting and comforting smells drifting from the open kitchen…and you know you’re in for a treat. Here, head chef and owner, Adrian Chong Yen, takes us inside.

Walking up Sol Kitchen & Bar’s stairs immediately feels romantic. There’s a cornucopia of southern European smells, tastes, and colors. And into the main room, the vibrant Mediterranean flavour continues with rustic chandeliers, rough-hewn light fixtures, beautiful archways, and an earthy palette of browns and yellows. There are over-sized dining tables that suggest family cooking and hearty lunches and dinners with extended family.

This 100-year-old French building in the heart of the touristy Ben Thanh Market area has become a little taste of Santorini (with a touch of Latin America mixed in) – even if outside is the hustle and bustle of this frenetic part of town.

“When I first moved to Saigon, I fell in love,” the Malaysian head chef and owner of Sol Kitchen and Bar, Adrian Chong Yen, reminisces. His two-and-a-half-year journey in Vietnam has lead to the opening of this, his first restaurant. “I fell in love with the chaos – and the fact that it’s an ever-growing city…” For the first time in his twelve-year culinary career, he is finally able to start claiming his legacy through a cuisine the best expresses his identity – with dishes that are as dynamic and gregarious as he is.

So we asked Adrian about his inspiration behind his newborn Sol. Here, Adrian Chong Yen tells us four things to help us understand the most exciting recent addition to Saigon’s dining scene.

The menu leans towards Latin American food with its Empanada appetizers, flavourful Ceviche Peruvian style and Argentina-inspired spicy BBQ main course. But the dishes are “all over the place”. However, that’s the idea according to Adrian. To bring different cuisines and culinary styles from across continents to the same table. And added to that there’s a commitment to locally-sourced ingredients and a touch of Asian spice that defines the joyful, perfect-for-sharing menu at Sol Kitchen & Bar.

“In essence, there is a strong connection between Mediterranean and Asian cuisines.” Adrian says. He talks radiantly about playing around with ingredients:  “Salsa verde requires us to use tomatillos. So what we do is that we blend fresh herbs like coriander, spring onions, unripe cherry tomatoes to make it very similar to the original. And then there’s Vietnamese bánh tráng to replace corn tortilla chips, Korean chillies to replace jalapenos, and cumin to replace rosemary…” The alteration of ingredients and flavours give Sol Kitchen and Bar’s menu some novelty, without sacrificing flavour.

The food has also proved a catalyst for foodies to share dishes through social media and strike up conversations about global cuisines and cultures across the Sol table.

Common fish like tuna and salmon are not to be found in the Ceviche menu. Instead, you’ll find dishes like the swordfish carpaccio in which Adrian leverages every part of the fish from head to tail to make this amazingly scrumptious dish. “Turning something usual into something extraordinary…that’s what chefs are supposed to be doing, aren’t they?” Adrian Chong Yen shrugs humbly.

“It’s a long story…” Adrian Chong Yen inhales before walking us through the journey creating Sol Kitchen & Bar. Spending twelve years in kitchens in Singapore opened his eyes about subtle skills high-end fine dining restaurants employ. He made his way to being the head chef of a stellar French eatery Beaujolais Wine Bar at the age of 20, then bounced from Spainish cuisine at Binomio to the elegant Bonchinche restaurant.

“But it’s just not for me,” Adrian explains. All that experience led him to conclude that fuss-free, simple dishes are truly what satisfies him. “I feel like people sometimes are too creative and they forget the true essence of food. The best food should be enjoyable, comfortable to eat, with some exciting adjustments from your everyday familiar ingredients, and most of all, perfect to share with your friends and family.”

Back to creating a modern Tex-Mex restaurant like Sol Kitchen and Bar. Adrian Chong Yen immersed himself in online videos about the region’s culture and history, and the origins of its flavours. Plus there were endless travel books and cookbooks all inspired by the way Adrian perceived Latin Americans to enjoy their meals “in a happy and breezy way”.

Adrian challenged himself to deliver a menu that is “mind-blowing”, “impeccable”, “superb” –  all the words that have been used to describe the food at Sol Kitchen & Bar already.

3. Each one, teach one with a team from KOTO

“They’re family,” Adrian grins pointing his eyes towards his team behind the bright open kitchen. Selected from the KOTO training center – whose trainees are at-risk and disadvantaged youngsters striving to reach their most virtuous, valuable selves – the majority of the kitchen team have been through hell.

So, when there is a chance for them to work, learn, and contribute – and to love and be loved – the simple act of kitchen service becomes something more meaningful. “They grab the opportunity, cherish it, and make things happen,” Adrian Chong Yen adds proudly.

Most of the team have been with Adrian since his first six months in Vietnam working as a head chef at Q.itchen Factory. They’ve stuck together like a family for over two years now. “Without them, there’s no soul to Sol Kitchen and Bar,” Adrian stressess.

4. Head Bartender Kat Is A Contender For The City’s Best Mixologist

Sol Kitchen & Bar is more than just food. Sol’s cocktail menu was composed by Kat Phuong Khanh. Despite being relatively new to the industry, she recently came runner-up in the intense, multi-round World Class Vietnam competition in late July.

“I decided to take ten of my favorite classic cocktails and together with Kat mess around with them including the Margarita.” Adrian’s face lights up as he mentions the drink he’s most proud of – Sol

Kitchen and Bar’s signature Margarita. The duo intentionally included an ingredient native to Mexican cuisine to give Sol’s Margarita a unique smoky, salty and faintly sour flavour – dried grasshoppers, ground up and used as a salt rim around the stellar cocktail. “Plus it’s something people lose their shit over – serving a grasshopper with a drink!”

And, Adrian continues, “The jalapeno-tabasco version of the Cosmopolitan with a squeeze of yuzu instead of grapefruit will make you fall in love with this drink all over again.” He slides a Cosmopolitan across the bar for us to try. Like everything at Sol it’s a perfect mix – sour Asian fruit and Central American spice.

Photographs by Nam Tran and Sol Kitchen & Bar, and edited by David Kaye

The Dot’s Lockdown Diaries: Stories From The F&B Industry (And Where To Order Your Next Delivery)

The Monkey Gallery Dessert Bar & Dining on Saigon's Mac Thi Buoi Street are making dishes you won't find anywhere else in the world. We went inside.

Eight years in Saigon and a couple of years into The Bureau. We catch up with Matt Cowan to get his Saigon guide.

Quince Saigon is one of the best restaurants in the city. So we asked Francis Thuan, their head chef who's risen through the industry, to give us his guide. 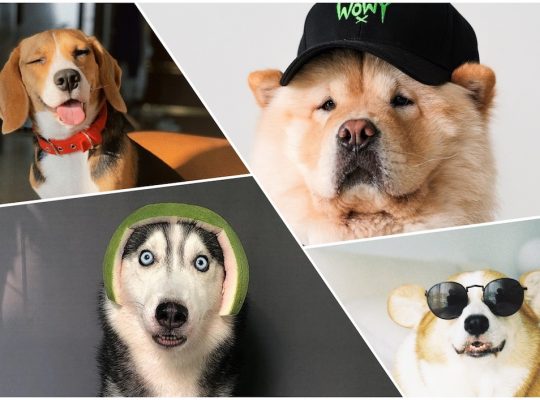 Dogs In Lockdown: How Our Favorite Pooches Survived The Darkest Days Of The Pandemic